7 Cities Leading the Way in Sustainability

As cities account for the majority of carbon emissions on our planet, sustainability goes hand-in-hand with urban planning. As pointed out in our blog post What Makes a City Sustainable Anyway?, the four key focus areas to address for urban decarbonization are the energy grid, building infrastructure, transportation, and waste management. And what better way to see green initiatives in action than to check out seven real-world examples of sustainable cities from all around the world?

So, let’s kick it off with the first example …

In 2020, the Ithaca, New York town board unanimously voted to adopt a Green New Deal with the main goal of becoming carbon-neutral by 2030. By 2025, the town aims to deliver 100% renewable electricity to its residents and reduce the emissions from the town fleet of vehicles by 50%.  Some of the accomplishments Ithaca has made include the replacement of its existing streetlights with LED technology, developing a residential energy scoring system to improve the energy efficiency of existing homes, and installing an EV charging station at the town hall. Additionally, there’s a Tesla Supercharger station located at the local Trader Joe’s. 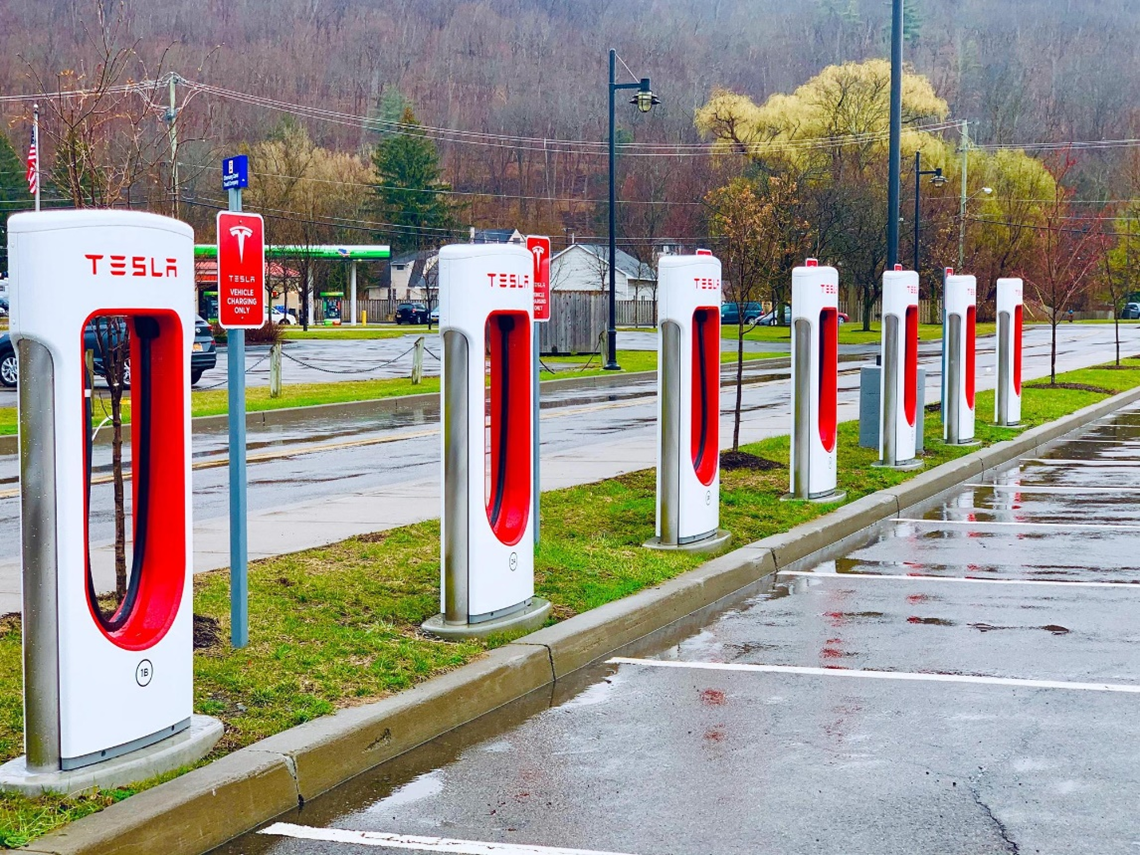 Los Angeles has very lofty goals, targeting carbon neutrality by 2035. Fortunately for LA, it has the benefit of a state-owned utility to manage energy sources that power the grid. LA has been ranked as the number 1 Solar City in America for six out of seven years and has enough solar power for more than 140,000 homes. The city also has more electric vehicles and charging stations than any other U.S. city, has piloted a recycled plastic asphalt process and applies the Singapore Index to promote city biodiversity. 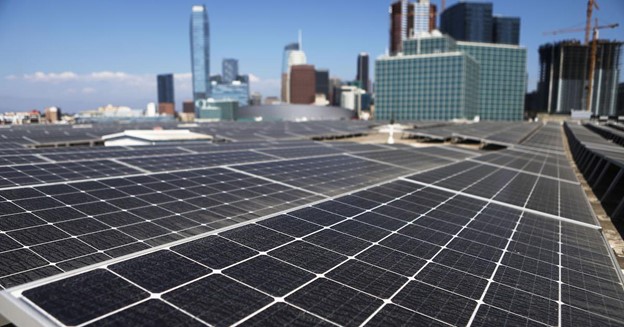 Bristol is considered one of the most sustainable cities in the United Kingdom and has had a major influence on United Nations (UN) climate change initiatives over the years. In a 2022 study from clothes2order, Bristol received a sustainability score of 6.15 out of 10, which ranked seventh among cities in the UK. It was reported that the city had:

Bristol needs to focus on creating more bodies of water and reserving a greater amount of space for the natural environment. 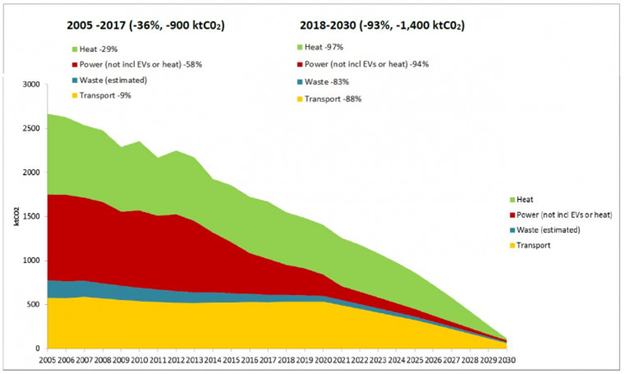 London is known as a sustainable city largely in part due to its Ultra Low Emission Zone (ULEZ) which requires drivers to pay a fee if they don’t meet the emission targets. This process is carried out using technologies like Siemens’ Automatic Number Plate Reader (ANPR). If someone wants to avoid paying the fee, they either have to resort to public transportation or upgrade to an eco-friendly vehicle. The ULEZ expanded its domain by eighteen times in October 2021, which covers 380 km2 and 3.8 million people.

Users of Lime in the city of London can rent e-scooters and e-bikes through the Uber app as a more sustainable way to get where they’re going. Because of the brand awareness and easy functionality of the Uber app, this will increase the adoption of alternative transportation methods.

London also has thousands of parks and green spaces scattered throughout the metropolis, which helps combat air pollution in the sprawling city. The mayor’s office spends a great deal of focus on raising funds for developing new green spaces. Some recent projects include the Rewild London Fund, the Green and Resilient Spaces Fund, and the Greener City Fund. 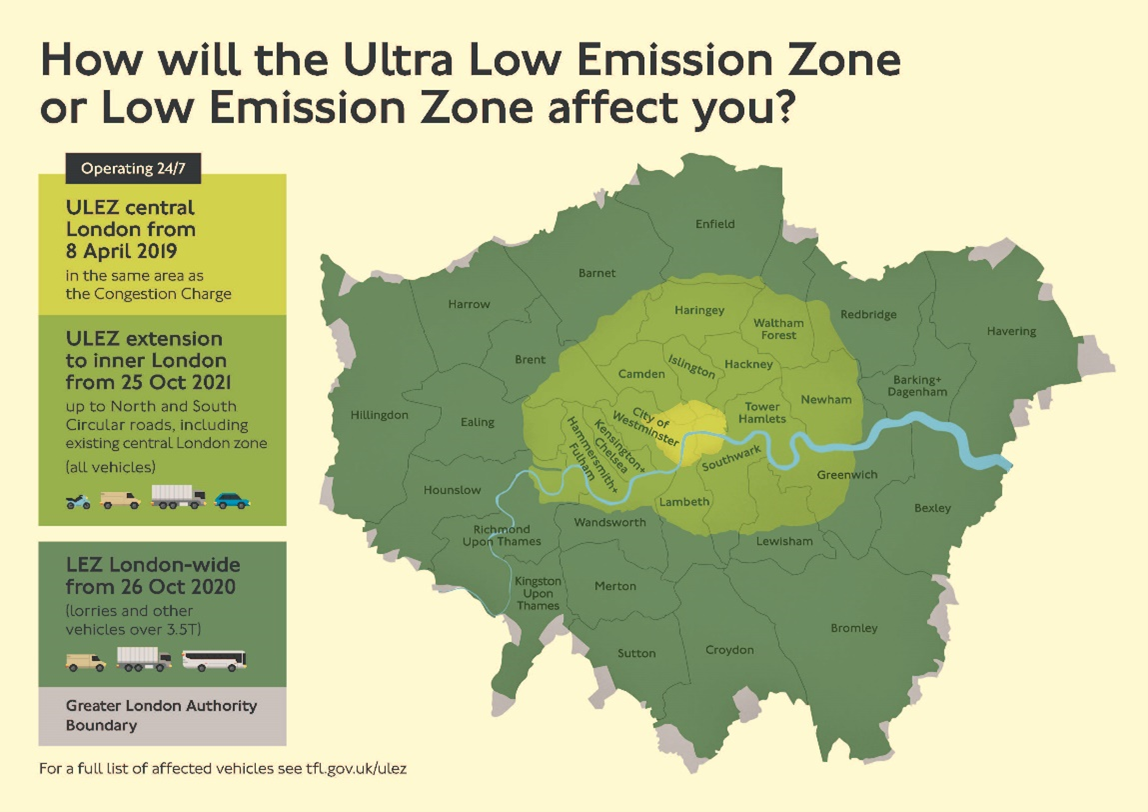 Barcelona tackles sustainability by providing incentives to its citizens. The advantages of owning an electric vehicle in the Spanish city are:

Barcelona city officials have partnered with Enel X and TMB to install ultra-fast charging stations for e-buses. In five to eight minutes, the e-bus receives a 40% to 80% recharge. Like London, Barcelona has set up a LEZ to push more people toward electric cars, scooters, and other sustainable transportation. The LEZ comprises the municipalities of Sant Adrià del Besòs, L'Hospitalet de Llobregat, Esplugues de Llobregat, and Cornellà de Llobregat. The city also offers a free “Green Ticket” called T-Verda, which allows residents to scrap their diesel-fueled vehicles to receive free public transportation for three years. 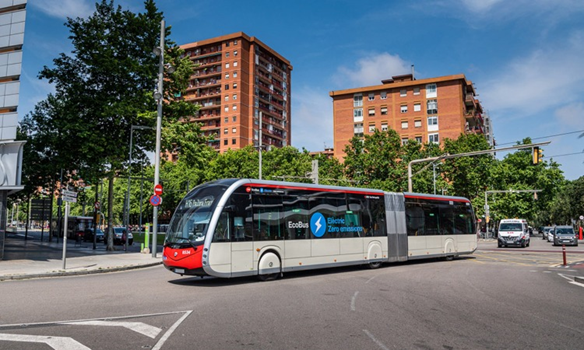 Shenzhen, a city located on China’s southeastern coast, has been crucial in developing the country’s manufacturing output, but that has come with significant environmental consequences. In 2010, the Chinese government chose the city of 13 million people as one of 11 provinces and cities to test decarbonization solutions. The city has come a long way and now has more than 16,000 electric buses and 22,000 electric taxis. Electrifying the fleet of taxis has resulted in about 70% energy savings and reduced annual emissions by 856,000 tons/annum.

Shenzhen is the first Chinese city to use carbon trading and to issue carbon bonds, which incentivize enterprises to decarbonize. Some other notable actions this sustainable city has taken include pollution liability insurance, green infrastructure standards, retrofitting, park protection, and the banning of burning highly pollutant fuels. 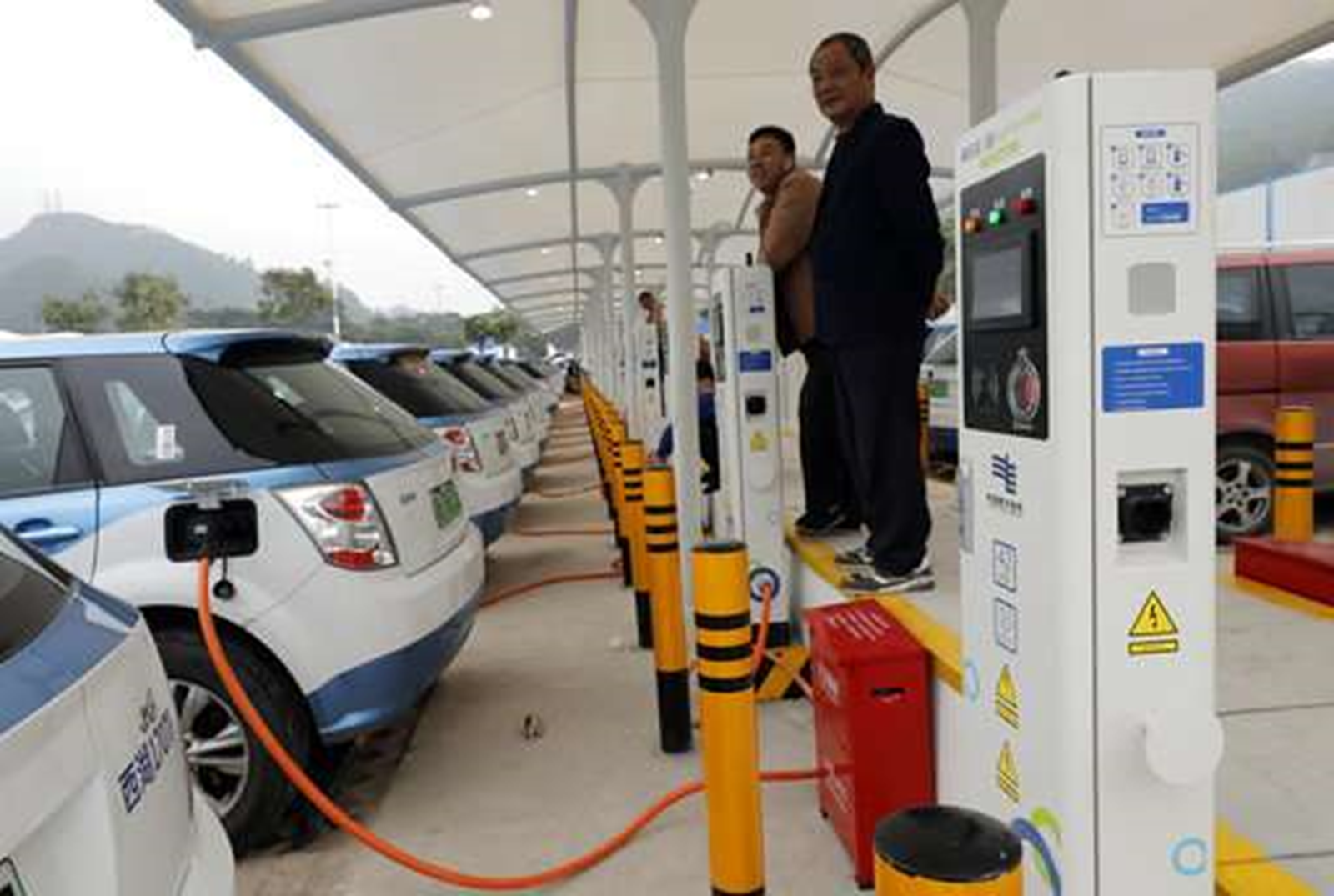 Bratislava, the capital of Slovakia, has invested substantially in promoting a circular economy, and digitalizing its waste management processes is an integral component of this ambition. Smart waste management company Sensoneo is the main solution provider that the city has turned to. They’ve digitalized 85,000 containers, installed 1,753 Senseneo sensors to track glass waste and underground bins, and deployed ninety-two Senseneo WatchDog devices on waste removal vehicles, among other actions. With this approach, the city has fuller transparency on the waste removal needs of the city and empowers waste removal operators to make timely pickup schedules. The city also leverages a fleet management platform to receive real-time updates about the routes and locations of the trucks on the road

As part of its goal for zero-carbon building renovation, Bratislava has teamed up with the international European Union (EU) project GUGLE -Smart Cities and Communities. Energy efficiency is the cornerstone of Bratislava’s climate policy. Some ways the city addresses energy efficiency include enhancing the thermal capability of buildings (insulation, rooftop renovation, windows, etc.), using more efficient heating devices in flats, and using renewable energy sources like heat pumps, solar, and biomass systems. City officials have also schemed ways to position gas heating stations in locations where the distance for transition is relatively low in all directions, which saves costs.

With transportation accounting for a third of Slovakia’s pollution, Bratislava city officials have worked on a 246 million euro project that upgrades the city’s existing train and trolley systems. To make the city population more sustainable, city officials are focused on educating citizens on the benefits of taking public transportation and shared micromobility services so that fewer diesel-fueled vehicles pollute the local environment. In another project, Bratislava collaborated with oil refining company Slovnaft to install 90 bike-sharing stations with 750 bikes. Between late 2018 and mid- 2019, the following results were achieved: 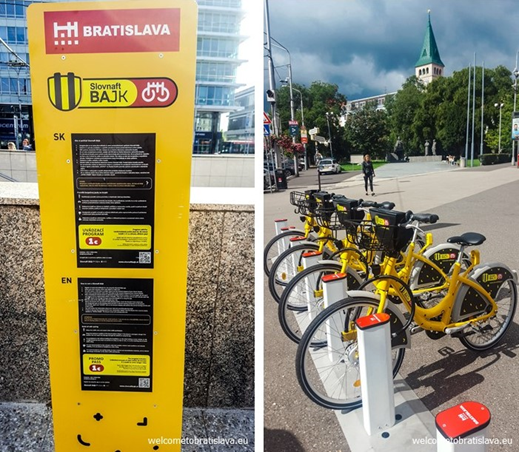 As you can see from these seven examples, cities around the world are handling sustainability in a variety of ways. While we’re likely decades away from net-zero emissions, there are a number of proven tactics and strategies to help get the ball rolling. To learn more about these concepts—and to identify the technologies to make your green initiatives come to life—download ABI Research’s Research’s Urban Decarbonization Strategies and the Role of Smart Cities research report. This report is part of the company’s Smart Urban Infrastructure and Sustainable Technologies Research Services. 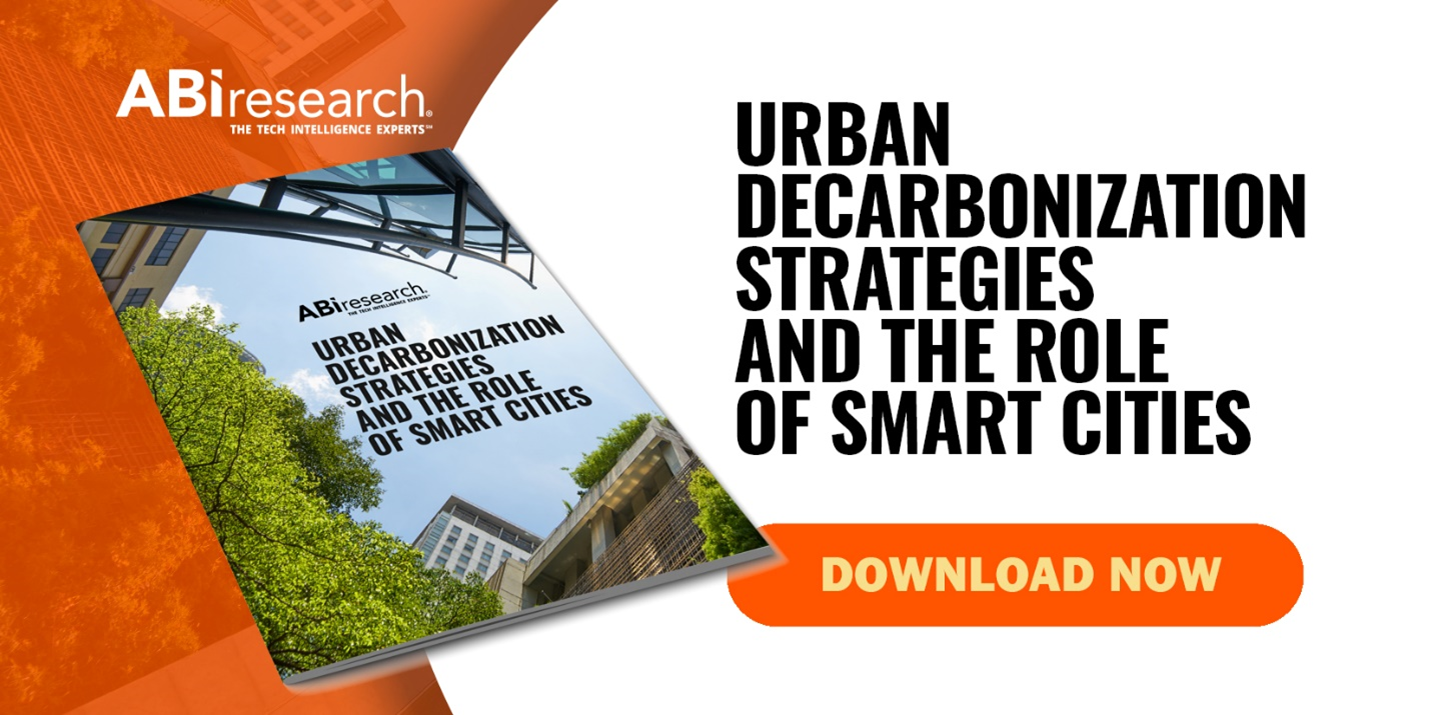 Sustainable Mobility and the Future of Smart Cities