Up to this point, urban planners have mostly used digital twins for operations, management, and maintenance of assets and services. But increasingly, urban planning has gone beyond these digital twin use cases and involves design and planning for now and the future (sustainability). Having a digital replica of city infrastructure allows for simulations, scenario assessments, and design optimization without the risk of real-world mistakes. Smart cities are expected to save more than US$282 billion in 2030 alone through the deployment of urban digital twins, according to the estimates compiled by ABI Research.

As an integral aspect of urban planning, 3D modeling of the built city environment using a digital win allows for the creation of accurate geospatial models of various physical assets in a city. Some of those assets may include buildings, roads, and green spaces. This application lets city planners decide what spatial dimensions and environmental characteristics are optimal for new infrastructure. Light Detection and Ranging (LiDAR), satellite imagery, and mapping resources are important technologies to capture the necessary data used in the simulation.

With physics-based 3D modeling, engineers experiment with the following factors:

In an urban application, physics simulation typically refers to flood water levels, in-building airflow, the spreading of pollution, energy flow and transfer, city streetlights, and telecommunications networks. These digital twin use cases rely on mathematical formulas and Artificial Intelligence (AI) to model physics and to discover which characteristics are altered over time.

The dynamic modeling of vehicle and pedestrian traffic is commonly used for evacuation simulations and traffic flow models that ensure safe and smooth mobility within a city. Using Internet of Things (IoT) sensors, crime and accident levels can also be modeled statistically. Indeed, digital twins can make the future city a lot safer to live in for the 80% of the world population expected to reside in urban areas by 2050.

Already being deployed in industries like engineering and manufacturing, virtual prototyping and scenario simulation gives urban planners the chance to address design issues before deploying or implementing anything. For example, a city may have a carbon emissions level target in mind and can use the digital twin to develop urban designs, strategies, and regulations to meet that target. Basically, it allows for trial and error without the need for any heavy investments.

In generative design, you tell the AI-supported software what criteria you want and it will provide several 3D models that meet your expectations. After that, the designs can be refined even further, with the help of Machine Learning (ML). The program gets to know exactly what you want and helps users create the ideal model. For the context of building a smart city, generative design can automate the design process of network infrastructure, surveillance cameras, streetlights, and the geometry of buildings.

To further understand how digital twins can be used in urban planning, let’s take a look at a few case studies.

Using a Digital Twin to Create a Virtual Singapore

Dassault Systèmes, a leader in the simulation and modeling of industrial systems, built a virtual version of the city of Singapore in 2018 to improve smart city planning. For example, urban planners could play around with energy consumption levels, opening shop hours based on passersby, skyscraper airflows, traffic light management, and wireless network expansion. Other use cases include crowd dispersion simulation for emergency procedures, creating new analytical applications and better architectural decision-making.

Involving 148 cameras on 116 poles, this project resulted in the maximization of coverage in a more cost-effective manner.

To read about 15 other digital twin case studies in urban applications, download the report:
Urban Planning and Digital Twins

Smart cities go hand-in-hand with urban digital twins. The two are inherently intertwined, as the future of urban planning is about making our lives easier and safer in an environmentally-friendly way. The simulation software that comes with digital twin technology lets urban planners tailor their designs and strategies before making any permanent actions. Often, what seems like a great idea doesn’t come to fruition. Having a virtual replica of the city—and all the data that come with it—allows for definitive answers to future city designs and removes all the guesswork. 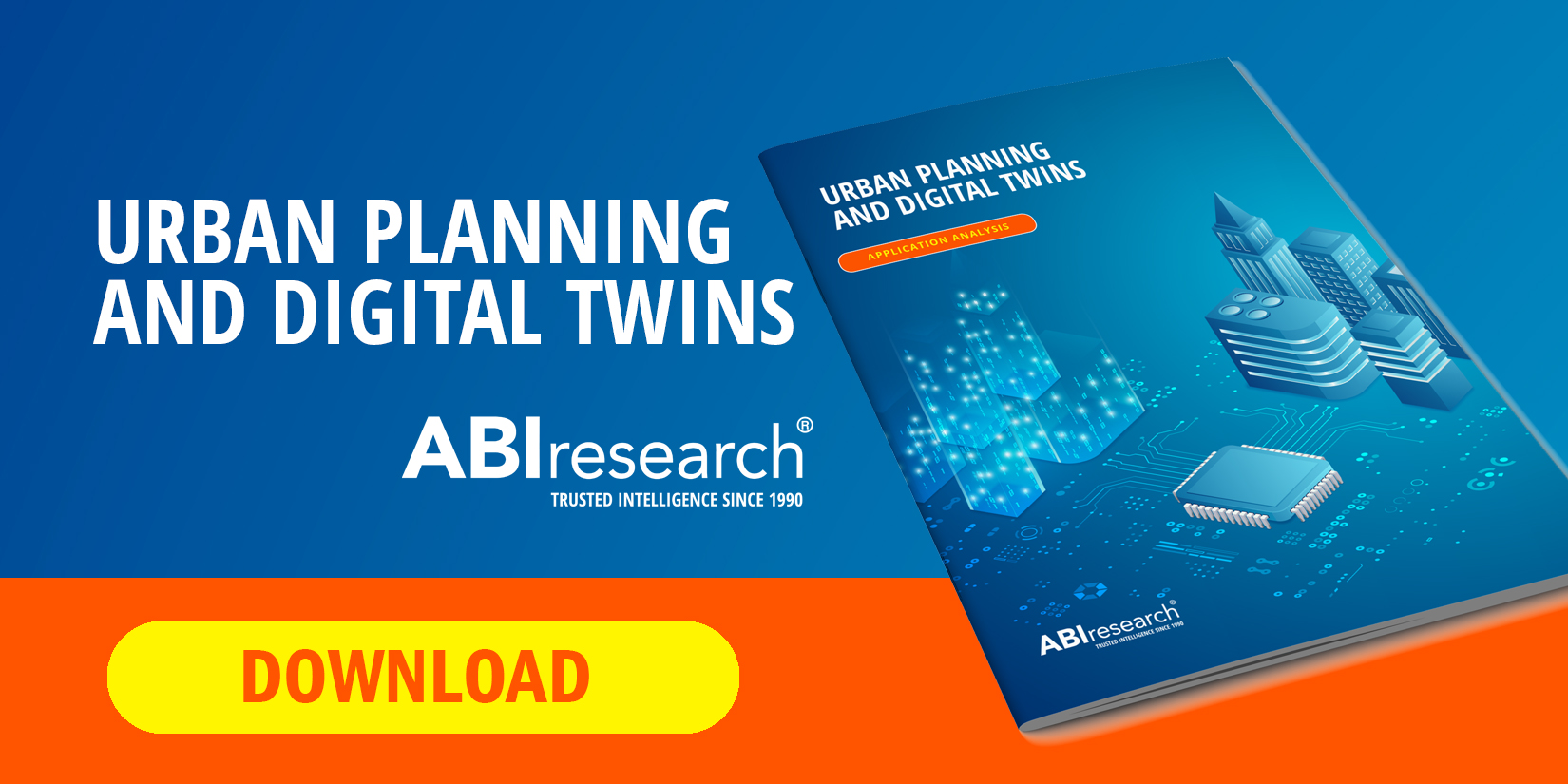 What Makes a City Sustainable Anyway?