A newer version of this research is available.

Please refer to Virtual Reality Market Data: Devices, Verticals, and Value Chain to ensure you are viewing the latest forecasts. 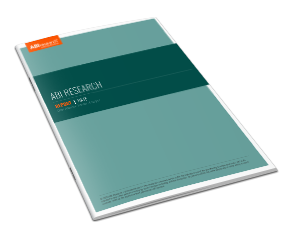 VR remains in a transitionary phase looking for a way to push into the mainstream’s collective consciousness. Key consumer segments like gaming and video have not yet pushed the market forward as previously thought possible and hardware updates have been more iterative than generational – although these updates are starting to accelerate and are improving on some limiting factors like the setup process (e.g. inside out tracking and standalone). Standalone VR was introduced on a wider scale in 2018 and received a strong reception and is building off this momentum in the current year.

Mobile however, is at a crossroads as industry support (on the platform and hardware front) has waned and attention is diverted to standalone and AR – Samsung and Google notably pulled back from (if not eliminated) VR in recent mobile product launches and developer events. Despite these roadblocks (more on the consumer side) the market still holds potential due VR’s level of immersion and hardware (development and pricing) - it is already establishing a growing position in the commercial and enterprise spaces.