What Is Network-as-a-Service (NaaS) and Where Is the Market Going?

Although Network-as-a-Service (NaaS) is far from being well-established, Communication Service Providers (CSPs), such as telcos and interconnection providers, need to plan their next moves now if they want a slice of the potential US$75 billion market. NaaS is the logical evolution of networking in a world that shows a preference for dematerialization and enhanced user experiences.

Explaining What Network-as-a-Service Is

A NaaS is a cloud-native network service model offered by CSPs, whereby enterprises keep hardware costs to a minimum as virtualization and software replace traditional network infrastructure. In a NaaS service model, enterprises are presented with a much more flexible platform that can be customized to a reasonable degree. Although a lot of CSPs market their services under the umbrella of NaaS, many simply provide managed network services like a Software-Defined Wide Area Network (SD-WAN), data transfer connectivity, security services, etc.

The definition that ABI Research uses for NaaS is as follows:

infrastructure, enabling enterprises or “clients” to “rent” network services from a cloud-native

marketplace or ecosystem within an Operational Expenditure (OPEX)-based and flexible

Telcos, interconnection providers, and infrastructure providers are the three main NaaS providers. Telcos already have the edge because of their dominance in the network market, brand awareness, and software know-how. Assuming that telcos get fully onboard with the NaaS model, they will account for more than half of all NaaS revenue. 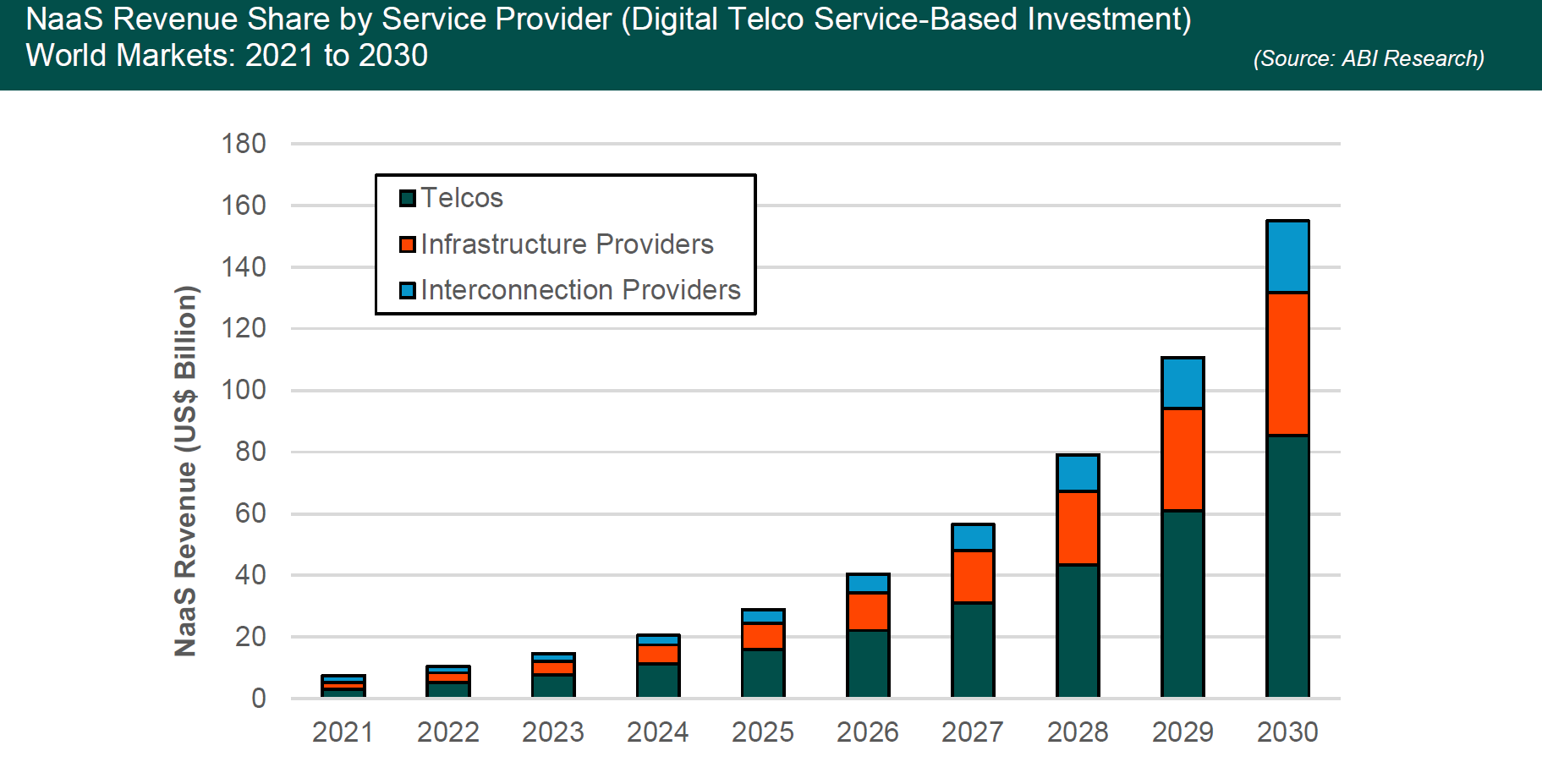 But if telcos go the “dumb pipe” route, interconnection and infrastructure providers will fill the void. 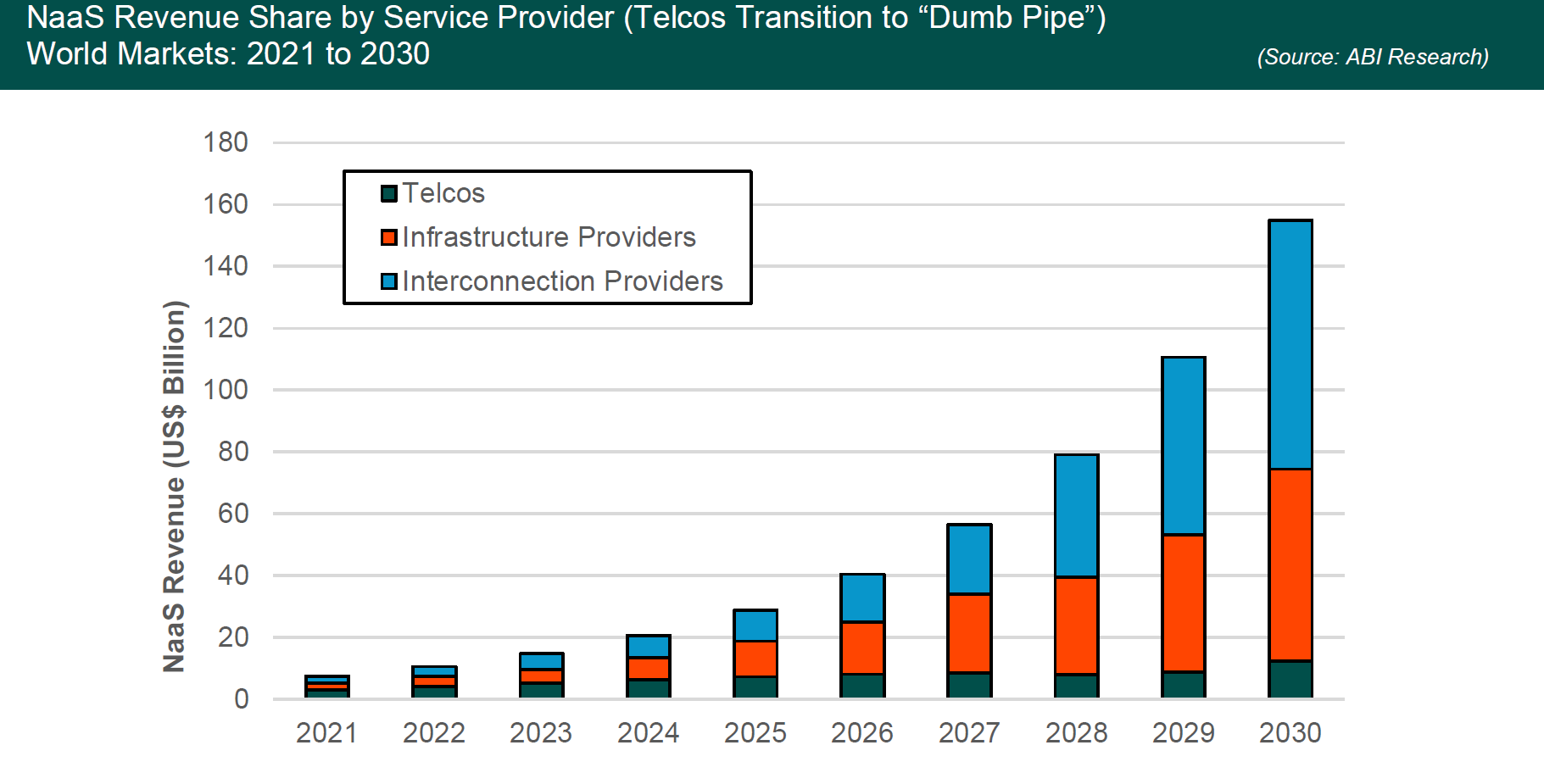 Among startups, Small and Medium Enterprises (SMEs), and Multinational Corporations (MNCs), SMEs will adopt NaaS the most frequently, by a long shot. Although SMEs and startups will be close to parity in adoption rates until 2027, SMEs will separate from the other segments significantly by 2028. By 2030, SMEs will account for more than 6 out of 10 enterprise NaaS deployments, while startups and MNCs will account for 15% and 14%, respectively. 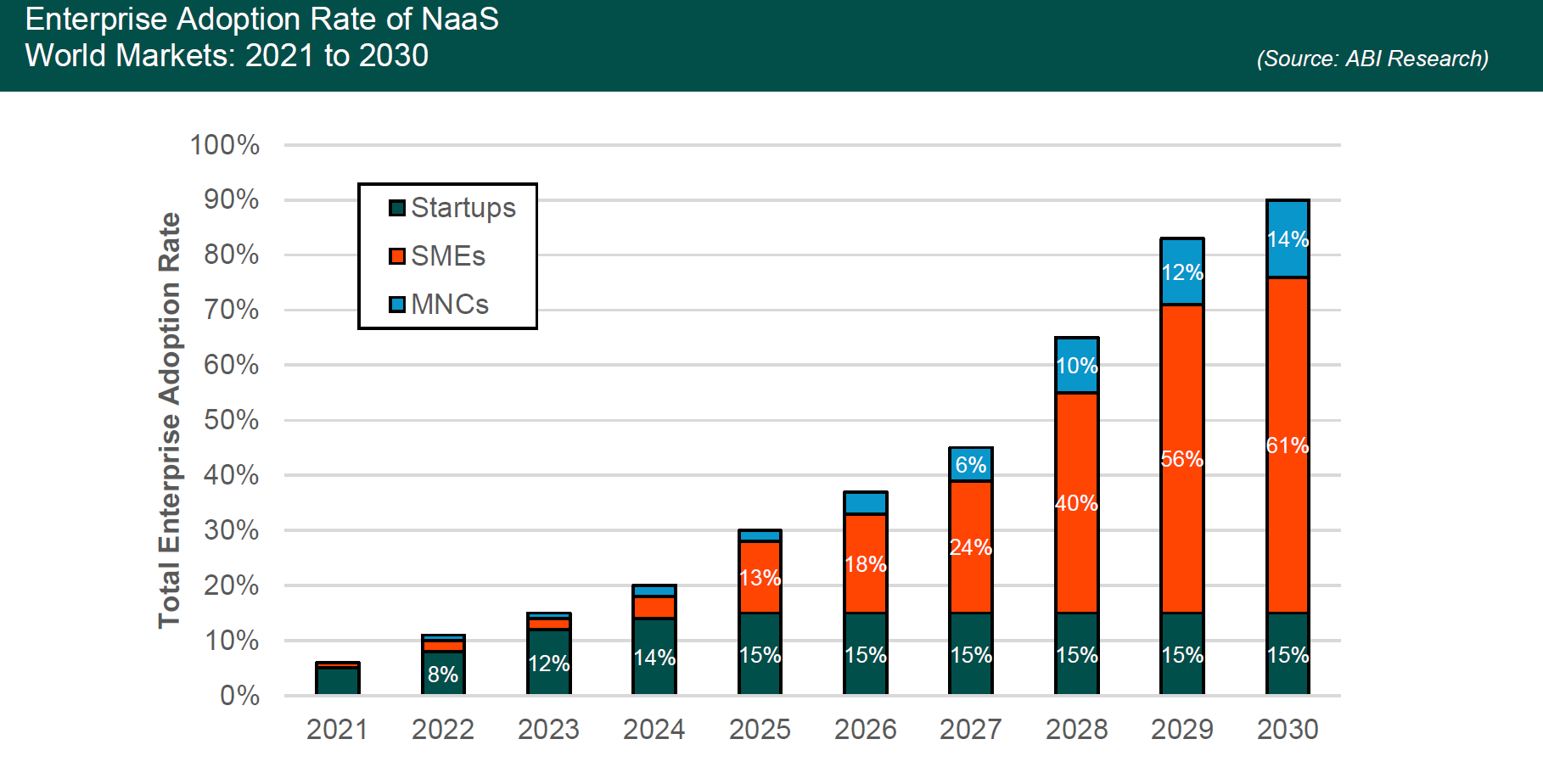 Why Capital-Strained Companies Will Cherish NaaS for

Enterprises, especially startups and SMEs, are cautious about static network contracts given the volatility of world markets. That means network flexibility will be like gold to decision makers, as it gives them the ability to scale as demand fluctuates. Furthermore, cloud nativity and multi-cloud access, which are cornerstones of NaaS, reduce infrastructure costs and scalability.

As numerous software and tech startups come to the market, it creates a huge challenge for enterprises already struggling to acquire skilled IT workers. But a NaaS service model provides financial relief because it’s up to the CSP to manage network services. Because enterprises are essentially “renting” network infrastructure, Total Cost of Ownership (TCO) and Information Technology (IT) costs shift to the provider.

How Providers Can Build a NaaS

The transition from a traditional network to a NaaS is not an easy endeavor, as CSPs need to completely change old thinking habits and make technological leaps to get there. Here are the main ingredients that create a NaaS:

Network virtualization means replacing hardware with software and network features. With a fully virtualized network, services are software-defined—making it unnecessary for enterprises to invest heavily in on-premises hardware. Not only does a virtualized network bring greater agility and scalability, but it also introduces individual workloads to colocation data centers.

In an SDN, managers control all of the company’s network intelligence in a central location by disconnecting the data plane from the control plane. Once the network is virtualized and focused on software, the SDN serves as a means of control.

NFV takes on the role that traditional network hardware once had by using Virtual Machines (VMs). By separating services and hardware, CSPs can add new services dynamically and quickly, as well as automate network provisioning.

To develop the Flexible Consumption Model (FCM) that a NaaS needs, providers must sever Operations Support Systems/Business Support Systems (OSSs/BSSs) from what telco functions have historically entailed. To make this change, and gain greater control and visibility, providers should utilize Open APIs.

Without a doubt, 5G network slicing is destined to be an influential factor in NaaS deployment given the low latency benefits that come with slicing. Providers need to start thinking about how to monetize network slicing and create a Slice-as-a-Service (SlaaS) model that provides slice/bandwidth on-demand services to customers. But SlaaS is just one example of how enterprise demand will mold the network services market. Telcos are used to being in charge and dictating where the industry goes, but now they need to put themselves in the shoes of enterprise leaders in order to conceptualize services and features.

Striking partnerships and possibly hiring new leadership are other actions that providers may want to explore. A more collaborative ecosystem in which telcos, network startups, and hyperscalers work toward common goals will reduce the costs and risks associated with driving innovation and reduce Time to Market (TTM). At the same time, filling leadership roles with people who have been in the enterprise space or SDN world will be a strategic advantage. 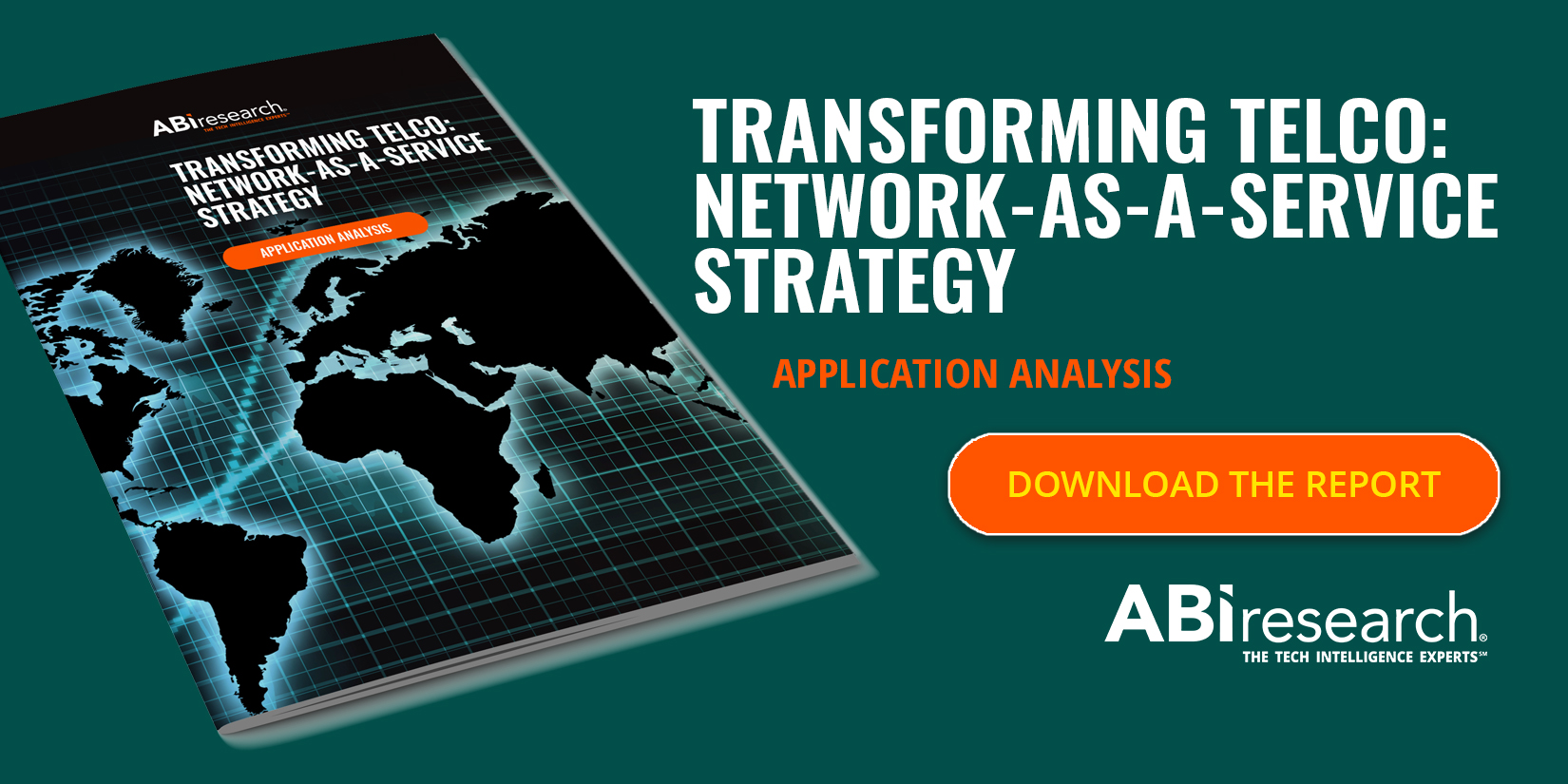