The COVID-19 pandemic and the subsequent work-from-home policies alerted millions more consumers to the world of Wi-Fi coverage extension. The most promising solution for residential Wi-Fi extension is mesh networks, promising a seamless system that is much more resilient than a traditional Wi-Fi network. By the end of 2022, there will be 33.9 million shipments of Wi-Fi mesh network equipment, according to ABI Research. By 2026, that number will be 59 million annual shipments, which signals the embracement of this technology.

Before deciding to invest in developing mesh equipment/services or upgrading your home to a wireless mesh network, it’s crucial to define what a mesh network is and to understand the advantages and disadvantages of its deployment.

What Is a Mesh Network?

A mesh network is a Wi-Fi system that does away with the reliance on a single main router for connectivity. This system stems from the fact that central routers usually aren’t located in an ideal position to bring about the greatest connectivity.

Instead of relying on a single router, a mesh network consists of multiple nodes that are installed throughout a residence. One node serves as the primary router and connects to an Internet modem or wireless gateway, while the other nodes share the Wi-Fi signal. Mesh networks are like a hive mind in which all the nodes communicate with one another to automatically self-diagnose latency issues.

Advantages of a Mesh Network

Although the entire network shares the same Service Set Identifier (SSID), sometimes a node in one part of the house might temporarily be weak. But the advantage of a mesh network is that devices will automatically switch to another node that is providing a stronger signal—ensuring no downtime for the user.

One of the most attractive features of a mesh network is how quick and easy it is to install. Setup typically just requires plugging nodes into power sockets and the use of a mobile app to get up and running. For most people, the biggest challenge will be deciding where to install the main router node, preferably near the cable modem or existing router.

Another advantageous feature of mesh networks is that when a consumer wants to shift coverage around, no additional equipment is needed; a node can simply be moved to another room. Nearby devices will detect the connection, allowing for smoother connectivity. Moreover, if someone wants to extend mesh Wi-Fi coverage, all it takes is plugging in additional nodes.

In a traditional home Wi-Fi network, every device that’s used simultaneously connects to a single main router, often causing latency issues. But devices in a mesh network connect to the closest node or whichever one will provide the best connection.

Decentralizing the network frees up resources and optimizes the Wi-Fi connectivity of each device in use. Families will find this useful, as kids often like to play online video games, while other family members need to access the Internet. Multiple people working from home will also find a mesh network’s multi-device handling enjoyable, as their bandwidth needs are greater than the average household.

Given the high price points of a mesh network, consumers often look for low-cost alternatives like Wi-Fi repeaters and extenders. Although mesh systems are more seamless and offer better connectivity, repeaters and extenders give price-sensitive consumers a viable option to extend their coverage by re-transmitting an existing signal from a Wi-Fi router.

Even with the explosive growth of mesh networks in the last 5 years, repeaters and extenders sales have remained resilient. And through 2025, the level of shipments for extenders and receivers will only decrease from 13.5 million annual shipments to 13.4 million shipments. Clearly, these low-cost alternatives will eat away a good chunk of the residential Wi-Fi market. 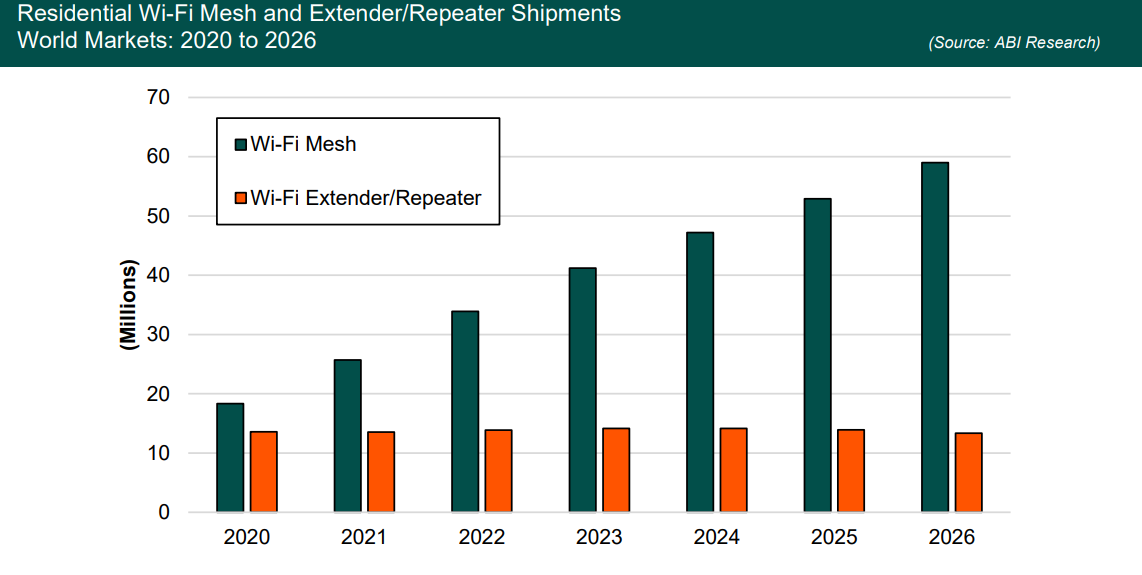 Mesh networks require strong broadband speeds, making it an unrealistic approach for people living in rural areas and underdeveloped countries. In turn, mesh Wi-Fi vendors and service providers will be at a disadvantage, as they won’t be able to penetrate most world markets anytime soon. For these consumers, repeaters and extenders will be the go-to option for Wi-Fi coverage extension.

Mesh router kits usually cost consumers somewhere around US$300 or more, and each added unit costs US$100 to US$200. This makes mesh networks roughly twice as expensive, if not more than traditional Wi-Fi networks. Although deployment brings great benefits, one of the most obvious disadvantages of a wireless mesh network is that it will be challenging to convince the average consumer that the high cost is worth it, even in developed countries.

If a mesh node can’t communicate with another node, it will skip to the next one until it reaches the central router. This latency-increasing process is referred to as “data hopping” and it hinders connectivity. And the more nodes installed within the residence, the more data hopping, and subsequent performance issues, will incur. As can be inferred from this disadvantage, multi-hop deployments for wireless mesh networks are best avoided.

Mesh is carving out a sizable slice of the residential Wi-Fi market because it provides a more consistent and stronger connection for families and buildings with high bandwidth needs, as well as apartment buildings. As remote work continues to be a mainstay in the job force, consumers will look for extension coverage solutions, chiefly among them mesh networks. By reviewing these advantages and disadvantages of a wireless mesh network, decision makers are one step closer to concluding whether the investment is right for their particular organization’s needs or their unique Wi-Fi needs at home. 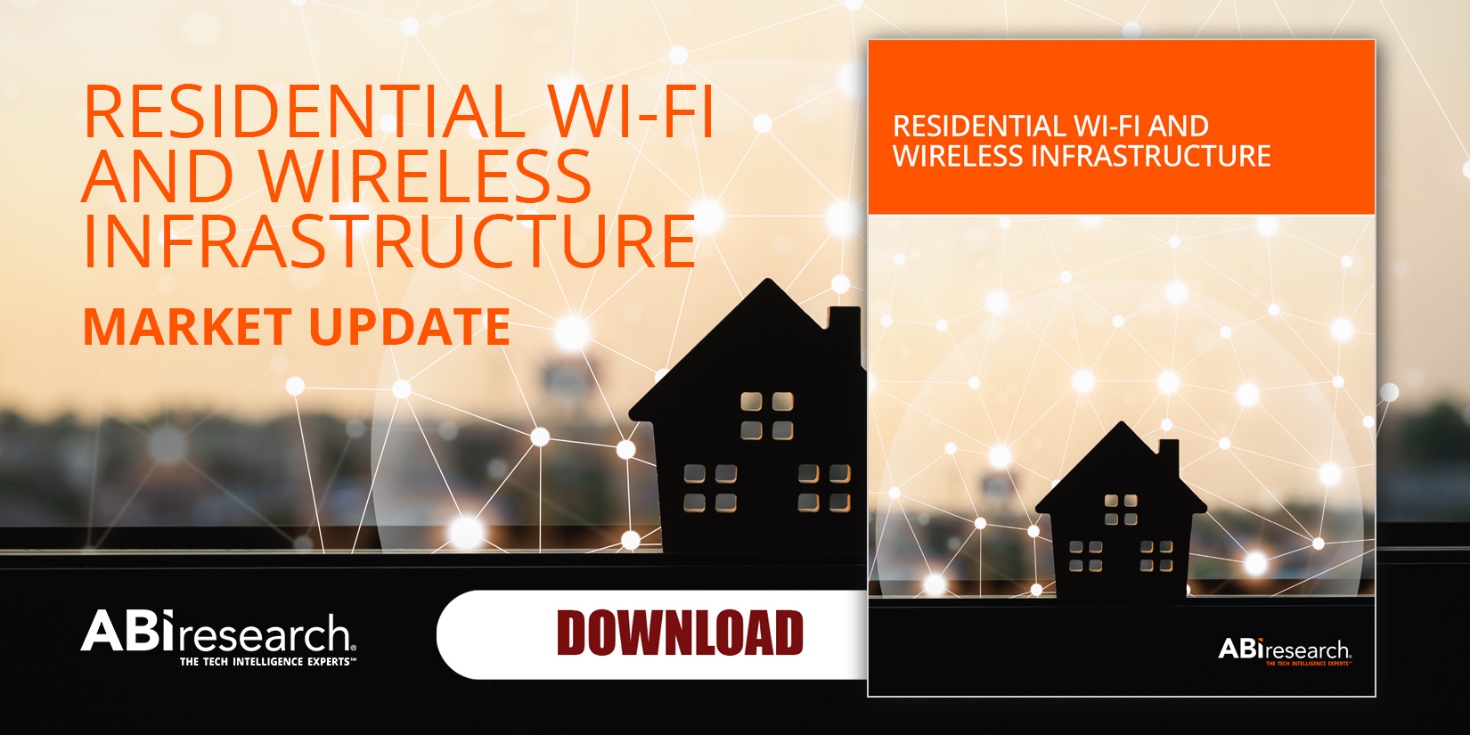