Energy consumption, decarbonization, and eco-friendly solutions have become a growing concern for many industrial sectors. The telco industry has been taking steps to address these concerns. During its recent 2021 Better World Summit, Huawei highlighted how technological innovation reduces energy consumption and embraces sustainability to create a greener economy. While Information and Communications Technology (ICT) is a means of networking the world and building stronger economies, the well-being of the planet has to be just as important a priority as the growth of more consumer and enterprise data, higher telco speeds, and better performance.

A key facet of the green economy is addressing the buildup of carbon dioxide in the atmosphere. Figure 1 shows the increasing concentration of carbon dioxide in the Earth’s atmosphere, which has seen an increase of 11% since 2000. Data traffic is expected to increase to 5.8 million petabytes by 2024. Efficient data transmission enables the reduction in energy consumption, which contributes to lower carbon emissions. Networks are the foundation of digital services, so telecommunication operators play a key role in mitigating the adverse impacts that arise from the surge in data consumption. Technological innovation can help support a greener ICT industry 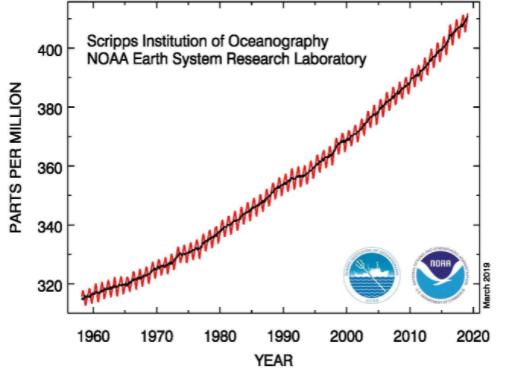 Leading mobile operators, including Vodafone and Deutsche Telekom, have made substantial progress in reducing carbon emissions since 2018. They have employed three types of solutions aimed at reducing energy consumption, which other operators could also follow:

These measures have the potential to aid global industries in reducing their carbon footprints.

At the event, a number of telcos outlined their green economy initiatives. The Etisalat Group has invested efforts in transforming its network infrastructure by replacing traditional copper cables with optical fibers and simplifying the cabling architecture to enhance efficiency of data transmission. The company is also actively involved in multiple green projects, such as the deployment of its cooling systems and hybrid solutions across more than 800 sites in the United Arab Emirates (UAE) that reduce diesel consumption by 14 million liters. Also, in Afghanistan, the company has deployed “supercapacitors” aimed at replacing traditional battery systems and enabling energy savings of around 35%. Supercapacitors are electrochemical energy storage devices that offer a fast charging/discharging process with higher power throughput compared to conventional battery systems. In terms of environmental conservation, the Etisalat Group has also started on a new, Connected Mangroves project in the UAE that leverages the Internet of Things (IoT) and connected machines to monitor parameters, including humidity and temperature, to facilitate the healthy growth of mangroves.

In Africa, the MTN Group has established its “Road to Zero” committee to develop strategies to achieve its “Net Zero” goal by 2040. The company has launched “Project Zero,” which is focused on renewable energy and efficiency, and encompasses seven initiatives that seek to leverage the latest technologies in enabling business sustainability through better energy efficiencies and low carbon emissions. MTN also purchased intelligent batteries and deployed solar energy panels in the Middle East & Africa. The company has collaborated with Huawei on implementing its PowerStar solution in South Africa, which is a network-level energy-optimization solution enabled by Artificial Intelligence (AI) that analyzes site traffic demand to enhance overall energy efficiency. The operator’s trial results were positive, returning energy savings of 11.6%, with daily Operational Expenditure (OPEX) savings of 6.43 Kilowatt Hours (kWh) per site.

At the summit, Huawei highlighted two of its innovative solutions that could help build a low-carbon network: GreenSite and PowerStar 2.0. The former combines innovative architecture and algorithms with leading-edge hardware and software to enhance energy efficiency by up to 20X. Its highly integrated radio enables the support of more bands using the same amount of energy. The elimination of air conditioning systems helps reduce energy consumption, which contributes up to 40% of a site’s energy consumption levels. Equipment and services are also connected intelligently, which allows consumption efficiency to be adjusted in real time based on the traffic load. For example, smart temperature control can optimize energy usage efficiency.

Huawei reports that its PowerStar 2.0 solution introduces new, smart energy-saving features to base stations and networks to reduce energy usage by more than 25% through multi-dimensional coordination, while ensuring quality performance. It integrates base station intelligence to optimize energy usage by executing intelligent predictions and adjustments according to network performance requirements, enabling the adjustment of equipment hibernation policies in seconds.

Huawei’s Seeds for the Future program is aimed at nurturing young ICT talent by facilitating knowledge transfer, promoting awareness and interest in the field of telecommunication, and encouraging greater engagement in the digital community and green economy issues. To date, the initiative has engaged more than 8,700 individuals across 130 regions and countries, with more than 500 partnering universities. Through bridging communications and expertise between countries and cultures, these aspiring students, employees, and government officials would be valuable in addressing global issues, such as climate change.

Green solutions are imperative in addressing climate change by enabling energy savings and creating a more sustainable world to live in. For example, the Connected Mangroves project contributes to better protection against flooding, especially in coastal regions. The proliferation of renewables would reduce diesel fuel consumption and create new employment and economic opportunities. Figure 2 outlines some of the employment prospects that are enabled by green technologies, as provided by the U.S. Bureau of Labor Statistics (BLS). Telcos and green technology firms play a fundamental role in addressing the immediate crisis of climate change crisis and offer prospects for a better world—one that is safer and healthier for everyone. 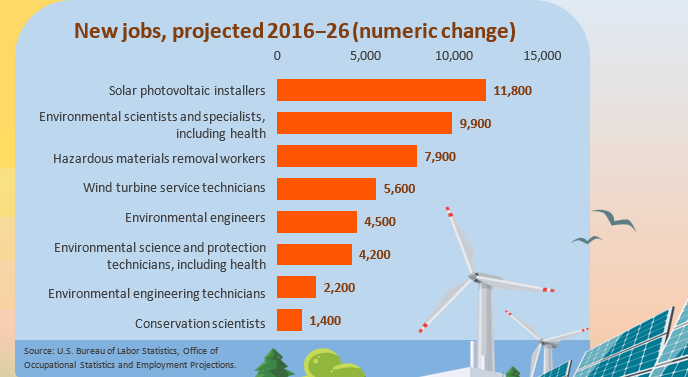 Greater efforts will be needed by a number of industry sectors to address the climate crisis. The telco industry needs to do more, and there are keen expectations that they will. It is constructive to witness Huawei’s 2021 Better World Summit showing the steps the industry is taking, in conjunction with telco operators. Greater collaboration will be needed not just by infrastructure vendors and the telco operator community, but also the green energy and decarbonization sectors. Telcos will need to support and encourage their fellow operators to do more. Individual accountability is not sufficient for keeping up with the accelerating rates of energy consumption and greenhouse gas emissions.