What Is Bluetooth LE and How Will It Transform the Audio Market?

Bluetooth Low Energy (LE) Audio is the next generation of Bluetooth audio, doing away with Classic Basic Rate (BR)/Enhanced Data Rate (EDR) radios. This new audio technology will increasingly play a central role in the way people listen to content and engage with their environment. In addition to lower power consumption and higher audio quality, Bluetooth LE Audio opens the door to a suite of exciting features, namely multi-language streaming and broadcast audio (Auracast).

Considering 57% of users plan to continue using their audio devices more often even in a post-pandemic world, Auracast will be crucial in attracting consumers with new use cases. In addition, LE Audio is greatly beneficial to hearing aid users because it removes the need for external devices to integrate with other applications. By 2027, ABI Research expects a cumulation of more than 8 billion devices to ship with Bluetooth LE Audio capabilities, with most supporting Classic Audio as well (dual-mode).

Because Bluetooth LE Audio supports flexible bitrates, products can be differentiated more easily. For example, a developer that wants to create a device with the best audio quality possible can leverage the LC3 bitrate of 345 Kilobits per Second (kbps). Or another developer focused on battery life can use the 160-kbps bitrate because it uses far less power.

Back in 2014, the European Hearing Instrument Manufacturers Association (EHIMA) joined forces with the Bluetooth Special Interest Group (SIG) to develop a standard for hearing aids. The idea was to enable seamless audio through Bluetooth for assistive listening device users, without separate accessories being required. Moreover, these devices would be interoperable with any brand developing LE Audio technology. Through these efforts, it was clear that creating a new audio standard that addresses the shortcomings of Classic Audio would bring value to the wider Bluetooth market. And that’s when the largest Bluetooth specification project to date, known as Bluetooth LE Audio, was born.

The primary difference between Bluetooth and Bluetooth Low Energy (LE)        is that the latter uses less power. Indeed, devices like smart glasses, smartphones, and smartwatches can leverage the quality and synchronization benefits of LE Audio, while draining less battery life. Although many vendors have already addressed these challenges with proprietary solutions, LE Audio development can save costs, assuming that Classic Audio is not also being supported. ABI Research analysts have noted that some industry players assert that lower-cost LE-only earbuds have the potential to hit a similar price point as wired earbuds.

How Can Bluetooth LE Audio Be Used?

There’s a long list of ways in which Bluetooth LE Audio can benefit users. From personal audio sharing to multi-language streaming in public venues, LE offers a far superior audio experience for end customers than Classic Bluetooth. A driving force behind LE Audio’s growth will be Auracast, which can be thought of as a location-based broadcast application with a User Interface (UI) similar to Wi-Fi hotspots. Auracast enables various audio streams to be sent to an unlimited number of receivers using Isochronous Channels (ISOC).

The following examples demonstrate common applications of Bluetooth LE Audio in both private and public settings: 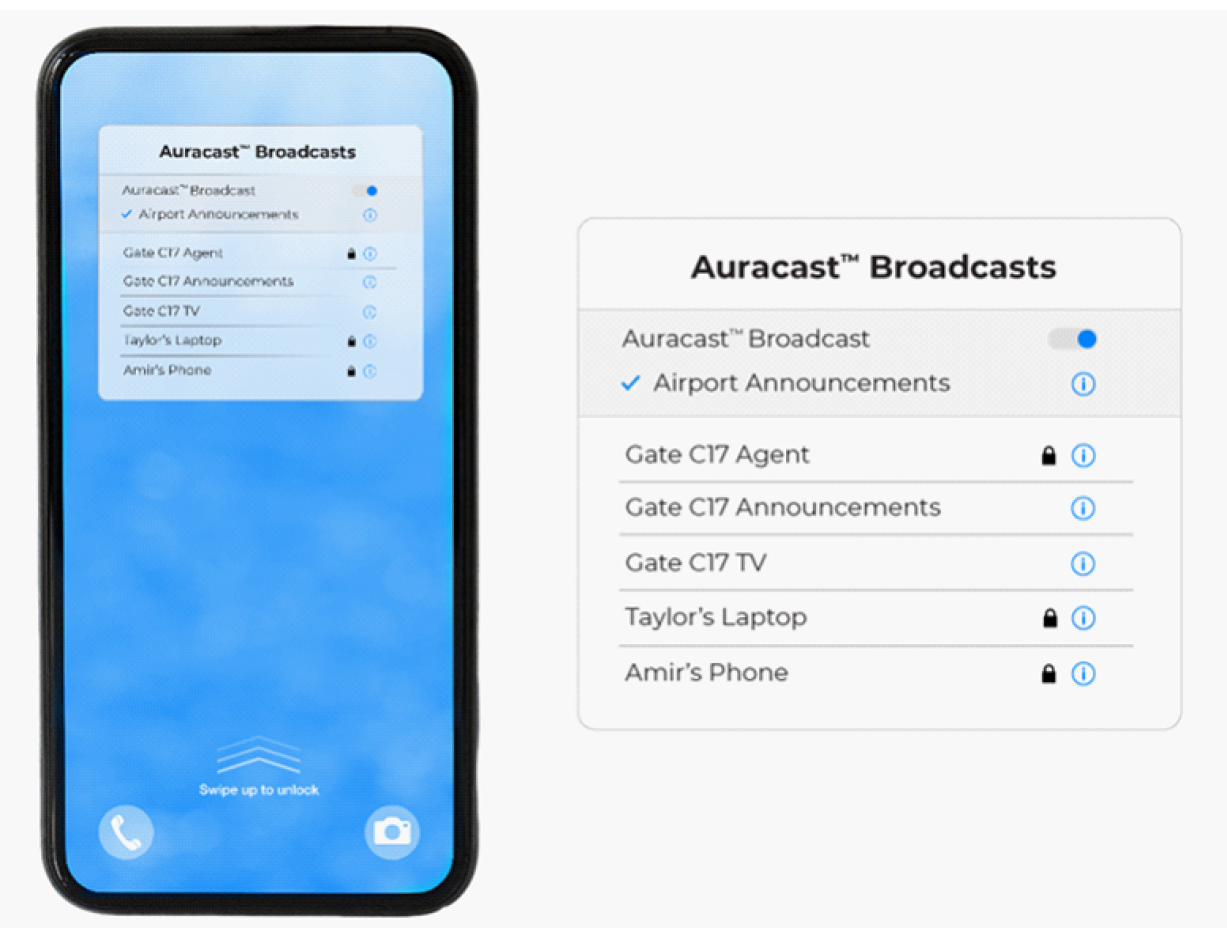 Each Device Type Will Take Its Own Path to LE

Although smartphones are, by far, the most common use case for Bluetooth LE Audio, there are certainly other device types that will take advantage of the audio technology. Some examples include true-wireless (e.g., cordless and wireless earbuds), PCs, tablets, gaming accessories, TVs, and wearables.  It’s important to note that each market will transition to Bluetooth LE Audio at varying rates. For example, ABI Research expects 90% of smartphones shipped in 2027 to be LE-compatible, compared to 50% of Bluetooth-enabled TVs. This is due to the slower consumer upgrade cycles for television sets. To understand why each device market will take its own unique path to Bluetooth LE Audio—and to survey the broader LE space—download ABI Research’s Bluetooth LE Audio: Market Opportunities and Challenges research report. This report is part of the company’s Wi-Fi, Bluetooth & Wireless Connectivity Research Service 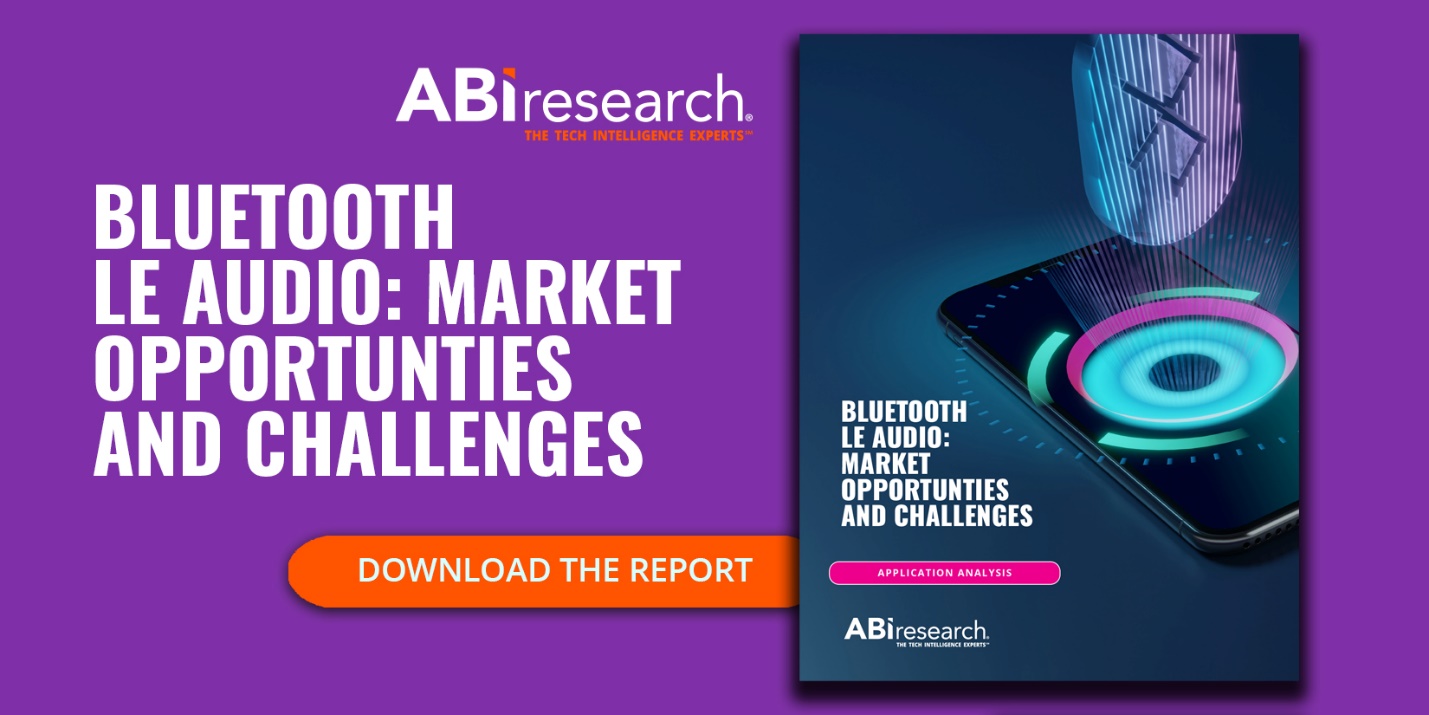 Explaining the Various Wi-Fi Protocols and How They Differ