What Are Vehicle-To-Grid Solutions for Electric Vehicles and How Does the Technology Work?

While we all know that an Electric Vehicle (EV) is an answer to reducing Greenhouse Gas (GHG) emissions stemming from transportation, the importance of Vehicle-to-Grid (V2G) charging solutions cannot be understated. You see, EVs drastically increase energy drawn from the electrical grid. Indeed, if every consumer vehicle on the planet were electric last year, the total energy consumption worldwide would have been 13% higher than the previous year. However, V2G technology is a major step in the right direction, as it transforms an electric vehicle into a reliable source of energy for non-driving applications.

V2G technology is a type of bidirectional charging available to electric vehicle owners. This allows Distributed Energy Resources (DERs) like vehicle batteries to receive and send energy back to the electrical grid. In turn, grid operators are in a better position to handle peak load demand periods. Moreover, transforming a vehicle into a charging station can be used to power a home and appliances.

V2G solutions are best for EV drivers or commercial fleets that don’t travel too many miles and the vehicles are often parked during the day. This ensures that the battery’s State of Charge (SoC) is consistently high. In return for sharing energy from their electric vehicle, users are rewarded with monetary benefits.

How Does V2G Work?

First, the V2G process involves the grid sending signals to available vehicles about dynamic energy needs in the area, Then, based on the signal, the energy management system automatically adjusts charge and discharge rates. Excess energy, including renewable sources (e.g., wind and solar) is temporarily stored in the EV battery and when there is demand for it, the power will be sent back to the grid for consumption. For utility providers, the EV charging technology helps keep load capacity sufficient, even when demand is volatile.

V2G technology is also an important vessel for capturing intermittent renewable energy sources. During typical peak energy demand hours of 6 p.m. to 8 p.m., the sun isn’t as strong. But a V2G-supported EV that has energy storage capabilities can capture solar energy from earlier in the day and reallocate it to the grid later. Similarly, if the wind isn’t blowing, then EVs can send the solar power it has previously stored back to the grid.

Although V2G supports grids the most effectively, it’s also the most difficult form of bidirectional electric charging to incorporate into the consumer space. For starters, the EV owner needs to possess an advanced separated bidirectional converter to enable the connection to the grid. In addition to compatible hardware, V2G solutions require smart grid infrastructure, energy management platforms, a contract between users and the utility company, and user consent to allow energy suppliers to access their devices.

On top of that, the charging technology necessitates regulation and platforms that meet the regulatory criteria. Assuming that a user notifies when the vehicle will be unplugged and how full they want the battery to be, a cloud-based smart charging platform ensures that an EV is always charged when energy needs to be drawn from it. This makes aggregators, such as Nuvve and Kaluza, key partners serving as a “central hub” for DERs interacting with the grid.

Outside of California and a few other locations, V2G regulation is essentially non-existent.

Just because someone owns a V2G-enabled vehicle doesn’t mean they will inevitably use the technology, despite the financial gains to be had. For one thing, many EV owners already have range anxiety and feel that draining their battery will just exacerbate the problem. For example, a study of Dutch EV drivers in 2019 found that fast recharging directly influences the decision to enroll in V2G or not.

Then there’s the issue of privacy among consumers. To illustrate, a recent survey from The Zebra indicated that 80% of Americans don’t trust how automakers use their personal data. Convincing customers to agree to data-sharing terms will be tricky.

So, as can be inferred, strong awareness campaigns are in order if the consumer markets decide to adopt V2G in a significant way. But beyond that, the consumer spectrum is far less practical for the charging solution than commercial fleets. The next section explains why.

Vehicle-to-Load (V2L) and Vehicle-to-Home (V2H) are the two other types of bidirectional charging in the EV space. Whereas these types of charging technologies are ideal for everyday consumers (e.g., camping or keeping the lights on during an outage), they aren’t nearly as supportive of the grid as V2G. Due to consumer EV batteries having significantly lower storage capacity than large commercial vehicles (e.g., school buses and heavy trucks), you would need somewhere around the ballpark of 5,000 vehicles to make a meaningful contribution to the electrical grid.

For these reasons, V2G solutions have been more popular among commercial fleets, notably school buses. Not only is there a very clear Return on Investment (ROI) for commercial users, but school buses, refuse trucks, and commercial delivery fleets meet the right conditions required for it, such as the following:

School buses, in particular, are ideal for V2G considering the entire fleet is back at the warehouse and hooked up to the electrical grid during peak demand periods.

Aside from helping optimize grid utilization and preventing power outages, this move enables schools to create a new revenue stream. With the newfound revenue, school administrators can counterbalance the costs of operating fleet electrification and improve the school (e.g., infrastructure, books, and technology).

While a total of 75,825 vehicles will ship with V2G capabilities in 2023, this number will decline to just over 47,000 by 2027. Western Europe, which shipped more than 30,000 vehicles with EV charging technology last year, will see the most aggressive downturn. This is due to doubt in the end consumer segment, resulting in the discontinuation of the Mitsubishi Outlander Plug-in Hybrid Electric Vehicle (PHEV) in Europe and the phased discontinuation of the Nissan Leaf ZE1 in Europe (also discontinued in North America). Keep in mind, these are the only two carmakers offering V2G in consumer vehicles today. And the next-generation Eclipse PHEV from Mitsubishi, which is supposed to “replace” the Outlander, will only support V2H. In Western Europe, things will start picking back up again in 2030.

Meanwhile, the Asia-Pacific region will lead the V2G market. Consumers in these countries have been more receptive to V2G solutions and the vehicles are not being discounted in the region.

Chart 1: Shipments of Vehicles with Vehicle-to-Grid Technology by Region

Governments around the world are pushing for the demise of Internal Combust Engine (ICE) vehicles, which will only further highlight the need for V2G technology. The following are some notable steps taken toward EV adoption:

As the world transitions to clean energy, these municipalities must understand the crucial role that V2G will play once the EV installed base increases. Without this application, electrical grids will continue to be unsustainable. So far, the value of V2G solutions has been mostly reserved for commercial users, as their vehicles are equipped with larger batteries. However, private cars can still be targeted, but positive results will require thousands of simultaneous connections. Mass adoption will require a collaborative effort among governments, utilities, and platform providers to run awareness campaigns and provide incentives for enrolling in a V2G program.

This content is part of the company’s Smart Mobility & Automotive Research Service. 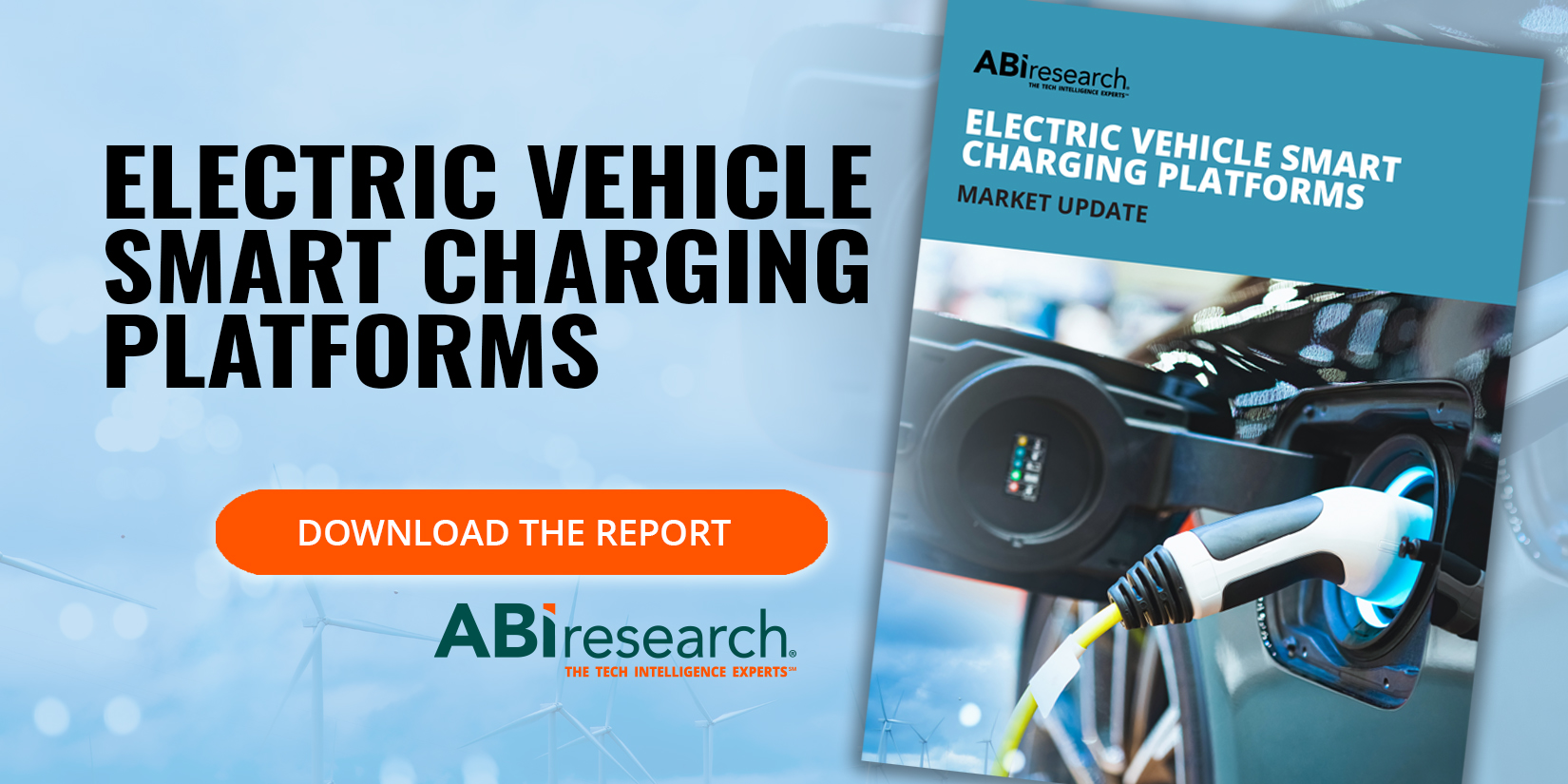 Is Autonomous Vehicle Mapping the Answer to the Latest European Car Safety Standards?