As pointed out in our recent blog post, decarbonizing urban transportation is key to creating and maintaining a sustainable city. Many cities have come a long way in Electric Vehicle (EV) adoption, but the work toward sustainable mobility does not end there. Indeed, cities should also consider the usefulness of micro-mobility, smart parking applications, and urban traffic management.

Purchasing an EV is simply not feasible for many people and many more just don’t see the benefit of doing so. For example, the average price for an EV in the United States is US$66,000—making it a tough ask. As evidenced by places like London and Barcelona, city officials need to think outside the box to get residents to fully buy into EVs.

To encourage people to purchase EVs, some cities set up low-emissions zones. In a low-emissions zone, drivers are required to pay a fee if their vehicle doesn’t meet the emissions standards that the city puts forth. For example, London’s Ultra Low Emission Zone (ULEZ) affects 3.8 million people and has resulted in an impressive 80% of vehicles complying with city regulations.

Barcelona provides a range of incentives to motivate the switch to EVs in the city. Among those incentives are hefty tax cuts and free parking in some areas of the city. Adding to consumer EVs, electrifying taxi fleets promotes sustainable mobility as well. Addison Lee, London’s largest taxi company, has committed to full electrification by 2023, possibly setting a precedent for other cities to follow.

In Europe, there is even greater traction in making e-buses the new normal, and there were 48% more electric bus registrations in 2021 than in 2020, as reported by Sustainable Bus. That brings the total number of e-buses in Europe to more than 8,500. Germany, the United Kingdom, and France lead the way with the greatest number of e-bus shipments. Equally as important is considering the railroads that connect cities too. To make inter-city transportation more eco-friendly, governments can consider transforming railway lines similar to what the UK government plans to do for Turkey.

Sustainable public transportation systems don’t only apply to North America and Europe; there are at least 2,000 e-buses operating across 10 Latin American countries, while Australia and some Asian nations have also invested in electrified public transportation. In Shenzhen, China—a city with the world’s first and largest fully electric bus and taxi fleets—there are 16,000 e-buses and 22,000 e-taxis. Further, Japan is overseeing a 5-year demonstration of its first all-electric bus fleet using BYD J6 buses that seat 29 people each.

E-bikes and E-scooters as New Modes of Transportation

In addition to car sharing, e-bike and e-scooter ridesharing have grown in popularity in recent years and offer cities a way to practice sustainable transportation by replacing diesel-fueled vehicles. This micro-mobility has become especially useful in reducing congestion for first-mile and last-mile trips. Given that roughly 50% of car trips are less than 3 miles, e-bikes and e-scooters could potentially replace most trips in cities. For example, someone that exits the subway station can then rent an e-bike to reach their final destination, instead of calling a taxi, which is a culprit of air pollution.

In the city of Providence, Rhode Island, Mayor Jorge O. Elorza recently announced the increased stock of e-bikes and e-scooters that can be accessed through sharing service partners Bird, Spin, and Veo. In addition to reducing carbon emissions, these micro-mobility services minimize traffic congestion and provide an affordable means of transportation for low-income residents. Providence is just one of many cities going all-in with alternative mobility.

Berlin-based startup Cycle has shown the value of e-bikes and e-scooters as a means of sustainable delivery services, focusing on electric last-mile delivery for couriers and logistics companies. In a world where on-demand retail, grocery, and food delivery are becoming the norm, finding ways to cut back on traffic congestion and air pollution stemming from delivery services will only become more needed. Companies in more than 50 European cities can subscribe to Cycle’s electric fleet or individual e-bike service.

Not only are these sustainable forms of mobility better for the environment, but they also promote a better quality of life. In a 12-week study, Australian researchers concluded that the use of e-bikes was positively correlated with improved mental and physical well-being for obese individuals.

In cities, finding a parking spot can be a huge nuisance. Not only is this frustrating for the driver, but it also increases their carbon footprint, as searching for an empty parking space requires the vehicle’s engine to continue running. Indeed, 30% of city traffic stems from folks looking for a parking space. Smart parking, which is still in its infancy, is a very promising sustainable mobility solution that decreases urban traffic. City officials need to educate or even incentivize residents on the numerous smart parking apps available, such as SpotHero, Parker, and EasyPark. Sensors and ticketing systems are key enablers of smart parking for gathering data and processing digital payments.

From a recent Silver Springs Networks consumer survey, it’s evident that the average person isn’t even aware of digital parking. The results indicated that just 36% of Americans are familiar with parking management as a smart city application.

In Europe, 29% of people currently use parking apps, according to an EasyPark survey. Nordic countries are more likely to use smart parking apps than other parts of the continent, with Sweden leading the way, where more than two out of three people use parking apps. And this isn’t surprising as the Nordic nations have been sustainable leaders in the world for quite some time.

It should be noted that there are data privacy concerns surrounding parking apps. There has been outlash regarding data collection from people who haven’t given their consent, as well as vulnerability to cyberattacks. It’s critical to partner with providers that have these issues squared away and sustain a reputable track record.

As noted in ABI Research’s Urban Vehicle Traffic and People Flow Management research analysis report, traffic management is viewed as an important aspect of addressing sustainable mobility, so enabling technology suppliers will make it a big focus in marketing. For one thing, cities can begin replacing their existing traffic light bulbs with Light-Emitting Diode (LED) technologies, which are far more efficient than fluorescent and incandescent lights. Traffic lights can also be replaced with new ones that are dynamically controlled and enable vehicle preemption and “green waves.” Traffic light cameras and sensors can give priority right-of-way at intersections, so that traffic congestion is the lowest possible. At some point in the future, vehicle preemption can provide cities with a new revenue stream, as delivery services and logistics companies will be willing to pay for priority at intersections.

City vehicle congestion is a major reason why cities invest in sustainable technologies and it can be dialed back with better incident reporting. Traffic cameras packed with smart Artificial Intelligence (AI) are able to automate the process of reporting a crash, breakdown, or other scenarios that result in traffic buildup. In addition, real-time traffic information services from providers like INRIX, TomTom, HERE, and Google notify users of roads to avoid and recommend alternative routes. These traffic updates are greatly benefited from smart city technologies in addition to user reporting. With timelier and more efficient incident reporting, far fewer vehicles will be stuck sitting idle in traffic.

To avoid incidents in the first place, cities can deploy Vehicle-to-Everything (V2X) technologies. By doing this, sensors can communicate with a vehicle or the smartphone of a driver, pedestrian, or bicyclist to warn them of an imminent threat. V2X also extends to inter-vehicle communication. For example, a driver will be notified when a vehicle ahead abruptly presses the breaks.

Light Detection and Ranging (LiDAR) is one of the more promising sensor technologies available for promoting sustainable mobility because it provides High-Definition (HD) radar and granular real-time traffic analytics. The German city of Rüsselsheim am Main leverages 16 LiDAR-based monitoring stations installed on busy roads. This allows the city to detect when 7.5-ton trucks, which are banned in the city due to traffic congestion and air quality concerns, are on the streets. 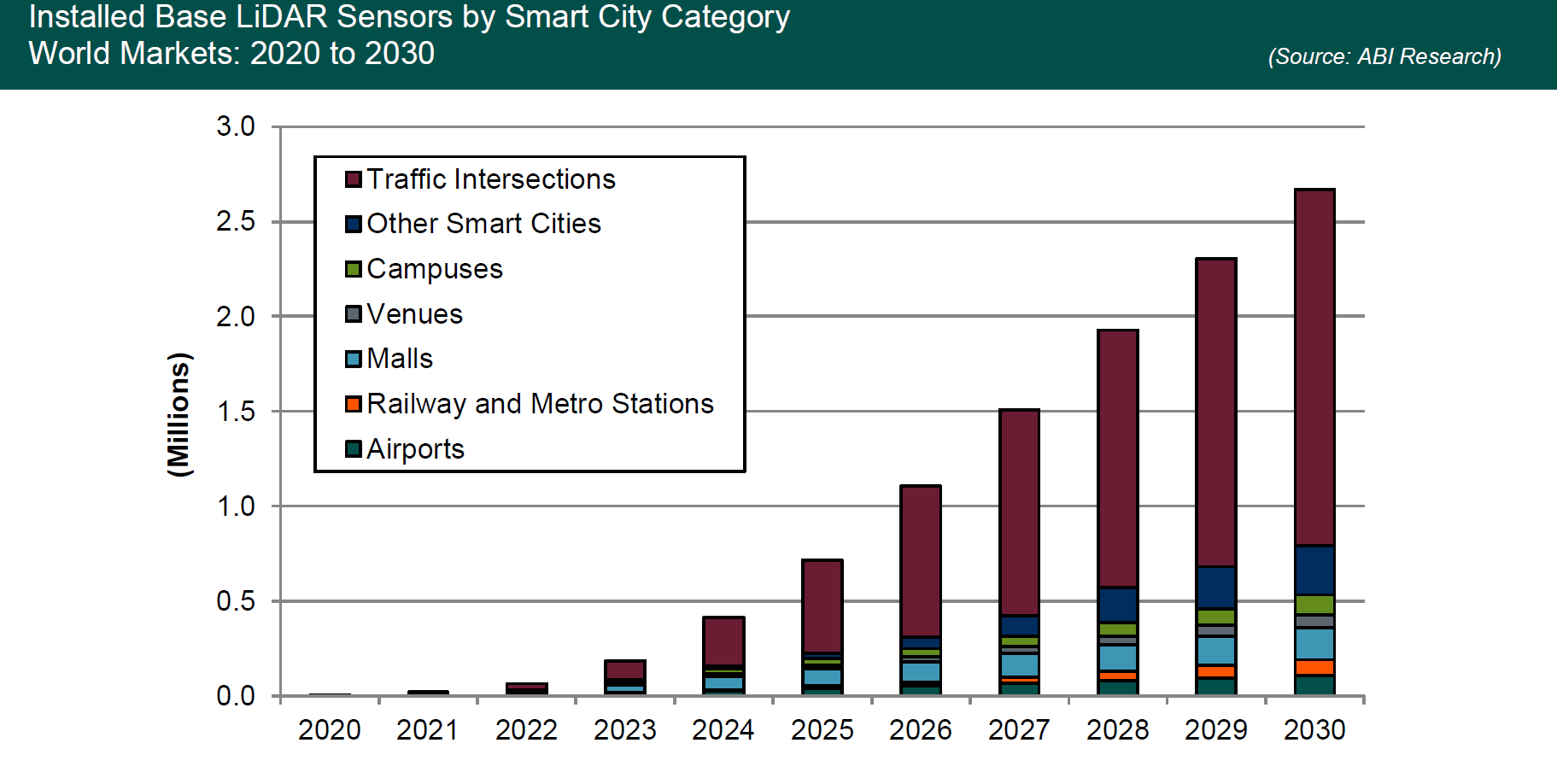 A Defining Moment for Sustainability in the World

All the efforts toward urban decarbonization are for naught if sustainable mobility isn’t implemented. With nearly a third of all Greenhouse Gas (GHG) emissions in developed countries coming from transportation, it’s imperative that city officials invest the time and resources needed to address this common issue. The actions that are taken now will lay the foundation for the future of sustainability. Some of those recommended actions include incentivizing the population to switch to EVs, installing plenty of EV charging stations throughout the city, seeking out technology vendors, and, above all, carrying out education campaigns that show people the benefits of sustainable mobility practices like smart parking apps and traffic information services.