Utilities Are Getting More Connected — And More Vulnerable

For decades, the utility industry operated in an analog world. Energy and water grids were originally managed offline, and later in air-gapped and highly siloed systems.

Things have changed. Today, the utilities market is rapidly modernizing and digitizing its infrastructure, adding connectivity across devices, systems, and locations.

This evolution to “smart infrastructure” represents a positive, paradigm shift for the industry. Unfortunately, the security policies of many utilities have not evolved along with it, leaving them incredibly vulnerable.

Why Utilities Are Betting Big On Digitization

After years of ignoring the benefits of digitization, utilities are finally starting to ramp up their investments in interconnected technology. In fact, we project that the industry will spend $14 billion a year between 2018 and 2023 — a total of $84 billion — to revitalize infrastructure.

That may seem like a staggering number, but the investment is worth it. Here are seven reasons why the utilities market is embracing digitization:

Not Spending On Security

While utilities are bulking up their digitization budgets, spending on security will remain relatively flat over the next five years, rising from $5 billion in 2018 to $8 billion in 2023. As a result, the industry will be introducing a high volume of cybersecurity threats that it is unprepared to defend itself against.

A big reason for the gap between smart infrastructure spending and smart security spending is a lack of knowledge regarding the latter. Whereas stakeholders can grasp the benefits of smart, connected infrastructure, the scope, nature, and impact of cybersecurity threats remains hazy.

A lack of cybersecurity awareness is pervasive in the industry, as is the lack of effective risk assessment methods for operational technologies that are at the heart of smart infrastructure.

Nevertheless, even though the risks may not be readily apparent, they are in fact very real.

Learn More About The Cybersecurity Risks Facing The Utilities Industry

Every new device connected to the utilities infrastructure represents another potential entryway for cybercriminals to attack, To learn more about the threats facing the industry and the best practicies that utilities need to impment, download our free whitepaper, The 6 Biggest Cybersecurity Risks Facing the Utilities Industry. 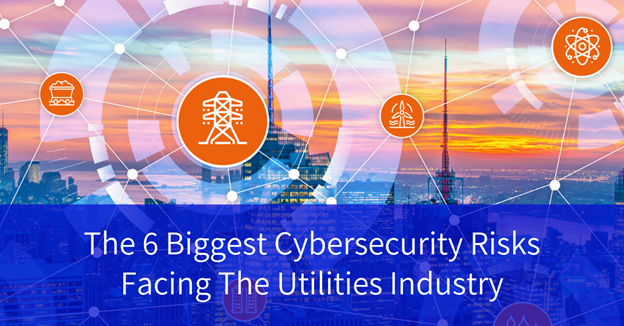